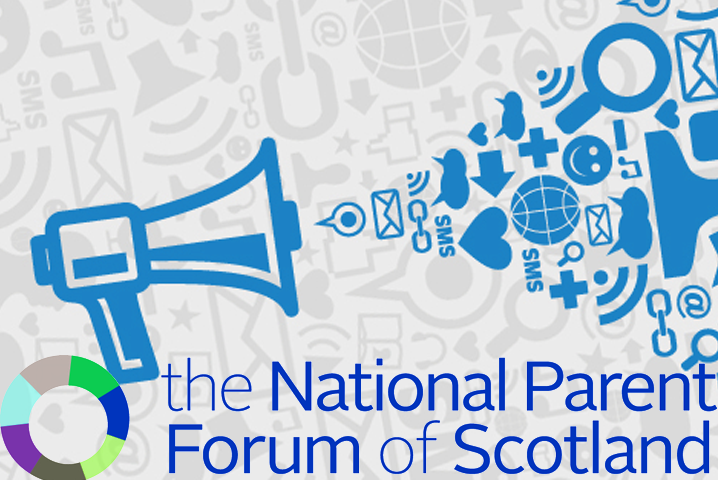 The NPFS announces support for the TIE campaign
The National Parent Forum of Scotland (NPFS) is pleased to announce that
we are supporting the Time for Inclusive Education (TIE) campaign, which is
lobbying for new legislation to ensure schools are proactive in tackling
discrimination and prejudice-based bullying.
The NPFS is working with TIE, and other stakeholders, as part of the recently
formed Scottish Government’s LGBTI Inclusive Education Working Group.
This working group is to take forward TIE proposals, which include teacher
training and LGBT inclusivity in the curriculum, after they were supported by a
majority of Members of the Scottish Parliament.
The campaign published a report last year, which found that 90 per cent of
LGBT people surveyed experienced prejudice at school, while 27 per cent
reported that they had attempted suicide due to being bullied. The NPFS is
sure that no parent wants their child to be one of these statistics.
It is important that schools create an inclusive environment for all pupils,
parents and staff and that all forms of bullying are tackled – no one should
ever be bullied or discriminated against.
Speaking today, NPFS Chair Joanna Murphy said:
“The NPFS believes that an education system that is inclusive and free of
prejudice is a right that every single pupil should enjoy – and so we are
pleased to announce that we are supporting the TIE Campaign, which aims to
improve the health and wellbeing of young people in our schools.
The NPFS is part of the Scottish Government’s LGBTI Inclusive Education
Working Group with TIE and we are echoing the voice of parents who want to
tackle prejudice-based bullying in our schools. We owe it to our young people
to have an open and frank discussion around these issues in our schools, and
we hope that this also encourages parents and parent councils to continue
this discussion.”
Liam Stevenson, Co-Founder of TIE said:
“We are delighted that the NPFS have backed our campaign – they send a
strong message in support of equality and inclusion in our schools in doing so.
As a parent myself, I know that we can play a crucial role in tackling
prejudicial behaviours amongst young people and, throughout our work, we
have spoken to many parents who wish to see an end to homophobia,
biphobia and transphobia in our schools. Indeed, most parents are surprised
that – in 2017 – an education which is inclusive of diverse relationships, family
types and identities is not already in place.
The endorsement of the NPFS further solidifies parental support. We look
forward to continuing to work with the NPFS in order to ensure that all schools
are LGBT-inclusive.”